I recently got the 20th anniversary DVD of the movie Hobgoblins. Not the MST3K of it, mind you. Look as hard as you want, you won’t see Mike and the bots:

Granted, that’s not the best screenshot to show it. How about this: 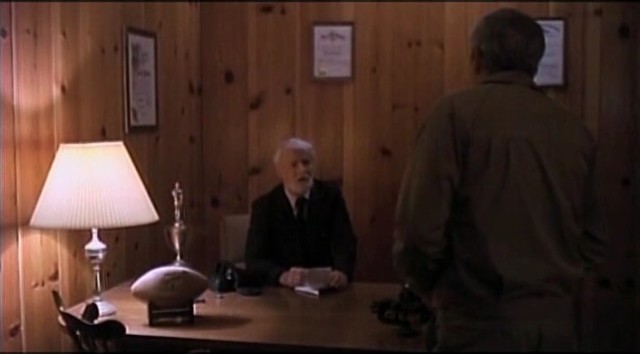 What’s that, you say? You don’t recognize that from the MST3K episode? Indeed you don’t, and neither do I. I haven’t watched the movie yet, but I’ll be interested to see what it’s like as it was meant to be seen. In my previous experience watching the original movies (MST3K: Werewolf is the only one I wrote up so far), they didn’t cheat by editing the movie to make it more laughable, so I don’t expect that to here, either. But while I’ve only watched up to the title so far, the tone is quite different from the MST3K episode. The impression I got from the episode was that the movie was goofy; watching the original it feels more like mostly-incompetent horror. Certainly the beginning sequence is played entirely straight, even though the tension was so not-tense that you couldn’t cut it with a laser-chainsaw.

Once I watch the entire movie I’ll write up a review of it. I find this sort of dive into movie history to be very interesting.