God’s blessings to you on this the thirty first day of January, in the year of our Lord’s incarnation 2017.

Today is going to be exceedingly short because I’m crazy-busy today. First, I noticed an article by John C Wright about the history of Buck Rogers I’m really looking forward to reading.

Yesterday I read an article by Jasyn Jones about the disappearance of pulp SciFi, Star Wars Stole Pulp. It was an interesting article, but I was even more intrigued because of a comment which gave a counter-point. First, the point:

Post-WWII was the era of the Campbellian Silver Age, the era of “Men with Screwdrivers” SF. Action and adventure were childish and frankly embarrassing, as were purple prose and laser swords. Barsoom? Silly. Buck Rogers? Childish. Northwest Smith? A gunslinger, not a scientist. And this was the age of SCIENCE.

Science was the focus, technology the touchstone. Stories had to be cerebral, intellectual. They had to be REALISTIC. Real science, none of this fuzzy-headed soft science stuff. SF had to shake off the wooly-headed thinking of Fantasy, the embarrassing antics of Space Opera, the adolescent focus on Adventure and Action. SF was serious business. Real Literature. It was time to grow up.

Then the counter-point, by someone calling himself K-bob:

I grew up reading the pulps because I could get a stack of them for 75 cents. I loved them more than comics, and some even had a few great illustrations. But I was also a kid when the Mercury 7 program began.

To me, the screwdriver period was new and exciting. Maybe it’s because I lived on the Space Coast back then and got to see astronauts live a few times. So I shifted to the New Kids because of the general level of excitement for real space exploration and engineering.

It’s very interesting to see that perspective, and the point about how Big Men With Screwdrivers (which is, I believe, a Niemeierian phrase, if inspired by Mystery Science Theater 3000) would have been fresh when it came out and moreover something that was exciting because it tied into the zeitgeist of an age which expected nuclear-powered flying cars in a decade or two. Going by descriptions of people who lived through the early post-war period, real life was a bit like living in the preface to a SciFi book. Basically, people thought of this as the near future: 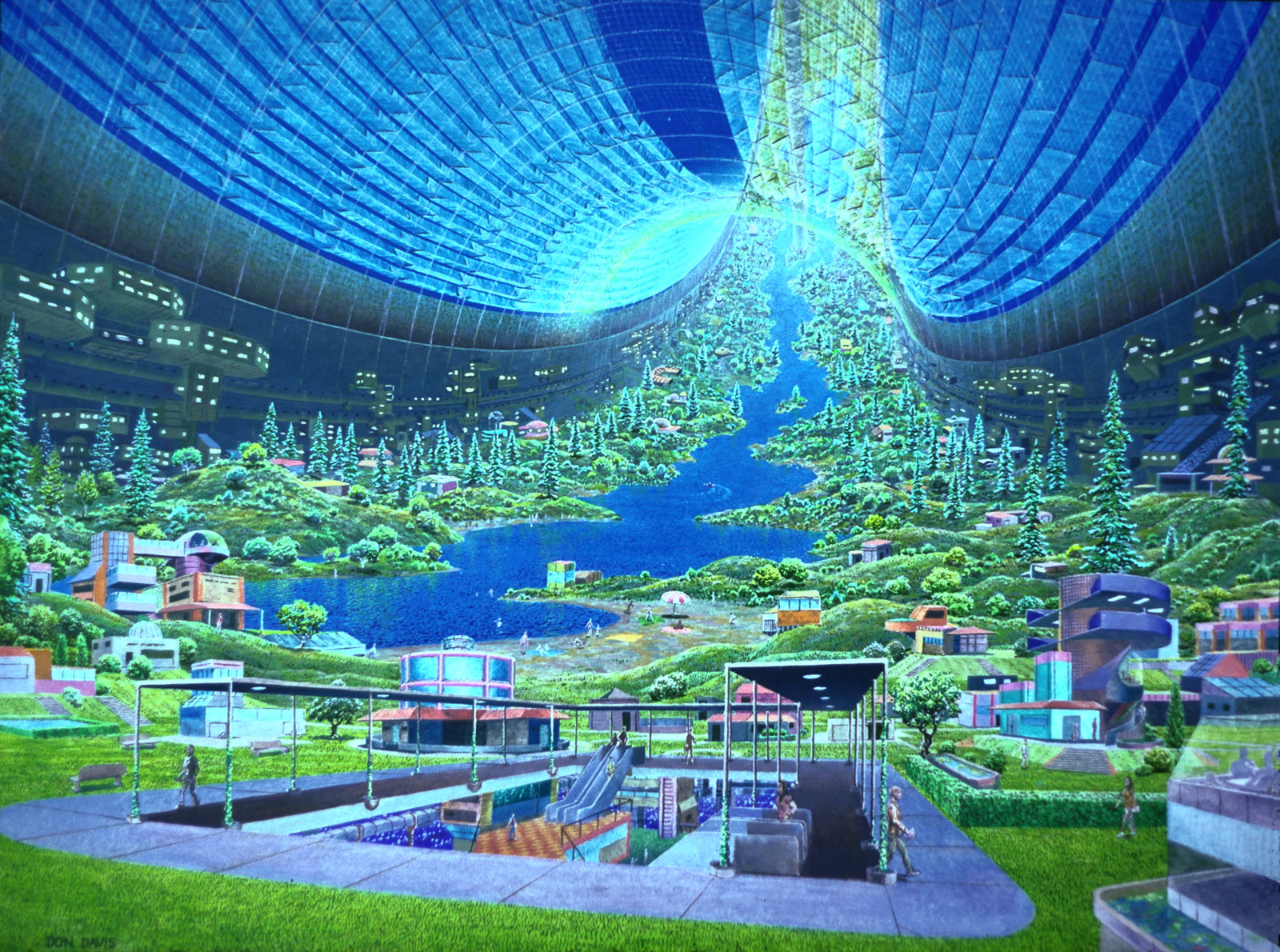 It didn’t work out that way, of course. But if you think that the Stanford Torus is realistic, it makes a lot more sense why realistic tales of engineering in the near future would be so fascinating. I know for a fact a friend of mine who is very interested in space travel (he watches rocket launches over the internet and has as a bucket list item seeing one in person—a bucket list item he checked off). One of the things he loved so much about Andy Weir’s The Martian was its realism; how it was set in a plausible near future. And my friend does not really like literature; his favorite entertainment is usually about giant robots. One of his favorite giant robot shows involved robots so giant that they could hurl galaxies like frisbees and punch holes in the fabric of reality in order to get at different dimensions.

I recommend reading the rest of K-bob’s comment, because he talked about how this fresh and exciting new trend grew stale, as most fresh and exciting things do. And I’ve no doubt that the cultural marxists and the snobs had a hand in making SciFi worse—it is in their (fallen) nature to do so. It’s a bit like expecting scorpions to sting. But when that is given proper weight, I think that K-bob is onto something; that Big Men With Screwdrivers was able to push aside older and better things in part because it was fresh and new and in part because it spoke to an age that lived in very unusual conditions. Most people these days think of nuclear power in terms of weapons and disasters; those who are familiar with nuclear power (I know a nuclear engineer) think of it in terms of cheaper electricity with no carbon footprint. But in the post-war period nuclear power was going to turn us into gods and propel us to the stars. Given how detached from reality those expectations were, it is perhaps understandable why they found realism to be fantastic.

Glory to God in the highest.